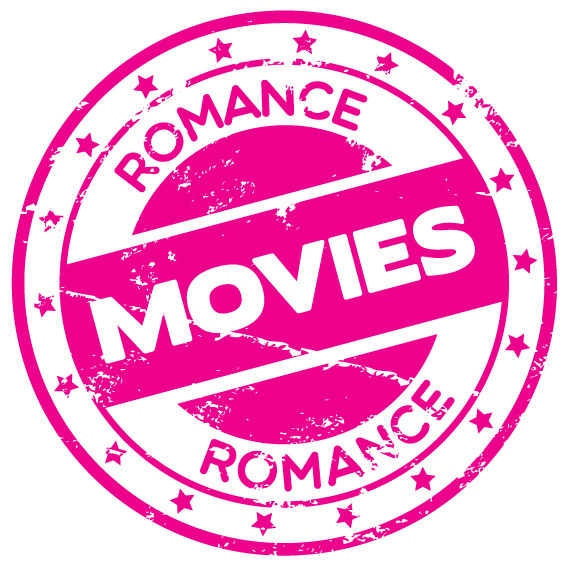 2018 is definitely a great year for movies! There are the top-grossing superhero movies like Avengers: Infinity War and Black Panther that went really well in the box office. Not to mention the equally successful action movies like Ryan Reynolds’ Deadpool  2, Mission Impossible – Fallout by Tom Cruise and Natalie Portman’s Annihilation. Horror movies are also in-demand this year starting from the highly acclaimed A Quiet Place and now the the anticipation over The Nun is simply overwhelming.

Of course, those hopeless romantic moviegoers have something to rejoice as well. The past three quarters of 2018 gave us some amazing romantic movies. Whether it is on the big screen or through internet streaming media like Netflix, there are many noteworthy romantic movies that you should definitely watch! Get your notes ready as we are about to list down 15 of the best Romantic movies of 2018... so far!

To All The Boys I’ve Loved Before

Based on the 2014’s Best Selling book of the same name, To All The Boys I’ve Loved Before was released by Netflix on August 17, 2018. It follows a story of Lara Jean (Lana Condor) who wrote down secret love letters to all her crushes. One day, all her secret letters were accidentally delivered and exposed. In order to cope up with such embarrassment, she had to ask Peter Kavinsky’s (Noah Centineo) help to pretend that they are in relationship. Peter (who’s apparently one of the secret letter recipients ) and Lara eventually realized that they still have feelings for each other.

Nothing can be more romantic than a love story that is matched with wonderful melody and harmony. Who would have thought that after a decade, the successful movie adaptation from the musical of the same name will come up with an equally entertaining and romantic sequel? Mama Mia! : Here We Go Again follows the events from the first film and will explore a deeper backstory of Donna (Meryl Streep). Lily James will portray her young version where she met three gorgeous men Harry, Bill and Sam. One of them is possibly Sophie’s Father. It was truly a fun movie to watch and not to mention the special and witty participation of Cher in this movie.

We have never seen a Hollywood movie that features a majority of Asian American cast since The Joy Luck Club of 1993. Crazy Rich Asians is truly a game changer and is definitely not your typical romantic movie. It follows a story of Rachel Chu (Constance Wu)  who decided to accompany her Boyfriend Nick (Henry Golding) to his best friend's wedding. Surprisingly, she discovered that Nick’s family is extremely wealthy and one of the most influential people in Singapore. Now,Rachel must face everything including Nick’s disapproving mother!

When it comes to remakes, there are only two possibilities; it’s either the film will go pretty well or it will be a major flop. Interestingly, Overboard starring Anna Faris and Eugenio Derbez gave the original film enough justice. The chemistry of Faris and Derbez is simply overwhelming in this hilarious romantic comedy. It captures everything from the original movie (starring Goldie Hawn) except for one thing, the roles of the main characters in this 2018 adaptation were reversed which gives the moviegoers an interesting twist to catch.

Based from the popular novel Simon Vs the Homo Sapiens Agenda, this movie will absolutely capture your heart. Everyone deserves a great love story  but for Simon, things are quite complicated. He’s a closeted gay and his family has no idea about his sexuality. To top it all, Simon is being blackmailed by an anonymous classmate who threatens him that he will disclose everything about him. Now, the poor Simon Spier needs to solve everything and put everything into place. He will try his best to discover the identity of his anonymous classmate with whom he has fallen in love online.

If you are an avid fan of Anastasia Steele and Christian Grey, then you should definitely not miss the third and final installment of the series. Dakota Johnson and Jamie Dornan will once again make you feel their steamy and sexy hot chemistry. Fifty Shades Freed follows the events after Anastasia and Christian got married. The new couple however will start to face a new challenge as they found out that Ana’s former boss is starting to stalk them.  Will it be a happy ever after for the Greys? Unlike the first two films, this one is more than just sex and those bizarre fetishes but will tackle more important matters like building their family and having kids!

Every Day takes you to a very unique love story. It centers around a 16 year old  Rhiannon who falls in love with A, a strange and mysterious entity who inhabits a different body every day. Interestingly, Rhiannon and A will try their best to find each other on a daily basis. It is indeed a very complicated romantic story that you should definitely not miss. How do you think this kind of relationship will last? If they do not know what the next day will bring, how can their love survive?

The Kissing Booth is also based on a successful novel of the same name and was released in Netflix last May. It follows a story of Elle Evans and her longtime best friend JLee Flynn. Nope, this is not a Friendzoned movie and in fact, it is even more complicated. Elle and Lee created their own rules to make their friendship works. One of which is not to fall in love with any of their respective family members. Elle however broke the rule as she became madly in love with Lee’s older brother Noah. Trying not to hurt Lee’s feelings, Elle and Noah decided to keep their relationship a secret but things got even more complicated.

Forever My Girl is a romantic movie that tells us that love is indeed sweeter the second time around. It follows a story of a guy named Liam who left his fiance Josie at the altar just to pursue his singing career. Eight years later, Liam came back to his hometown as a successful country singer. This time he tries to rebuild the bridges he burned and reclaim everything he had lost including Josie. It was not an easy journey for Liam though. Will he be able to convince Josie to marry him again? Definitely an uplifting love story that you can confidently include on your movie list!

If you are looking for a tearjerker movie, Midnight Sun is definitely a perfect fit! It is a very emotional romantic story that will surely capture your heart. It follows a story of Katie Price who suffers from a rare genetic condition which prevents her from going out into sunlight. Katie can only embrace outdoors after dark where ventures outside to play her guitar. Eventually she met Charlie, her longtime crush and asked her out. It could have been a fairytale-like story but things got even more complicated as Katie’s health started to deteriorate. Will she be able to live a normal life? That’s one thing you should find out.

A Star Is Born

Gaga is here! Lady Gaga is set to conquer not just the music scene but also the big screen. A Star is Born is actually a third remake. The first one features Judy Garland and James Mason in 1954 followed by a 1976 remake starring Barbra Streisand and Kris Kristorfferson. The movie follows a story of an unknown singer songwriter Ally (Lady Gaga) who was discovered by Jackson (Bradley Coo[er) who is already a established musician. Jackson eventually became Ally’s mention and also her love interest. The movie was just recently released on theater so you still have time to catch up!

The last time we saw Keanu Reeves and Winona Ryder together in a movie was in 2009 where they are paired for a rom-com – The Private Lives of Pippa Lee. After nearly a decade, the tandem are back on the big screen but this time in an epic romantic comedy. Destination Wedding follows a story Frank (Reeves) and Lindsay (Ryder) who met each other on a wedding. They soon realized that they both share something in common, they hate weddings! Little did they know, they are creating a romantic story for themselves too.

A couple stranded in the middle of the Pacific ocean  after a strong hurricane? Adrift is definitely not your typical romantic drama. The movie is based on a  true story of two experienced sailors who found themselves in the middle of the ocean after the catastrophic hurricane.  The couple will try to find way to survive the ocean.  It’s basically a story of finding hope, love and survival. To top it all, the movie welcomes you not just with an incredible story but also treats you with remarkable visuals and cinematography.

Book Club is definitely not your typical romantic comedy movie but it is something you’ll gonna enjoy and will definitely bring you some great laughs. It follows a story of four lifelong friends Diane (Diane Keaton), Vivian (Jane Fonda), Sharon (Candece Bergen), and Carol (Mary Steenburgen). Their respective marriage lives are not in great shape until they have read the book Fifty Shades of Grey which changed the way they view their personal relationship! This movie will also show how older generation cope up with the current generation. A must watch indeed!

Imagine what would happen if you merge “Horrible Bosses” movie with “The Parent Trap”. Well, the result is Netflix’s Original movie Set It Up starring Zoey Deutch as Harper and Glen Powell as Charlie. It follows a story of two overworked and underpaid assistants who came up with a plan to set up their overly demanding bosses on dates. This romantic comedy will surely bring you some great laughs. It also stars Lucy Liu and Taye Diggs as the horrible “bosses”. Will Harper and Charlie succeed or they will end up brewing a romantic relationship together?