Love GOT? Prove It With 7 Must-Have Fan Collectibles 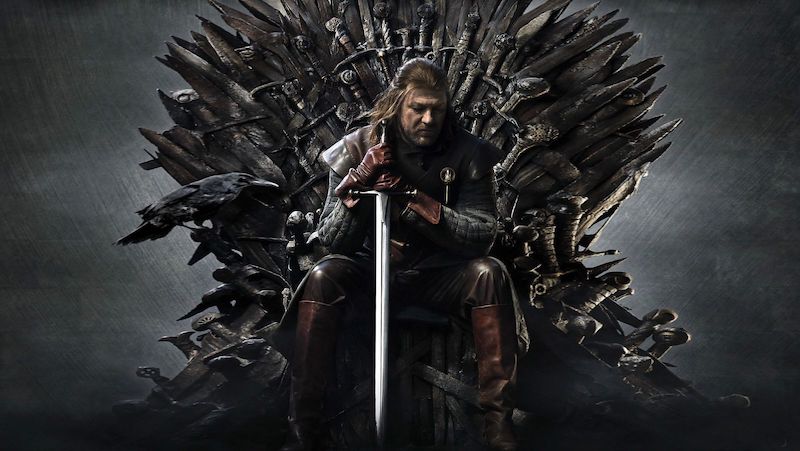 Though Game of Thrones might be coming to its official end, that doesn’t mean that your fandom can’t—or won’t—carry on. Whether you’re a years-long defender of House Stark or have been rooting for House Targaryen since the beginning, there’s a candle, collectible pin, coffee mug, card game, and pretty much anything else you can imagine with your name (and preferred sigil) on it.

An important part of being a Game of Thrones fan is accepting that showrunners D.B. Weiss and David Benioff have no problem killing off your favorite characters, often in brutal ways. One of the series’ most memorable deaths was that of Hodor, Bran Stark’s personal mode of transport, who we loved despite the fact that the only word he ever uttered for six seasons was “Hodor”—and who we loved even more when, in the final moments of his life, we learned why that was the case. Pay tribute to the gentle giant, and his backstory, with this 3D-printed door stop.

Who wants to be the Lord or Lady of Winterfell when you can become the preeminent real estate mogul of all the Seven Kingdoms? This special-edition Monopoly board puts a distinctly Westerosian twist on the classic game, with silver tokens to represent the sigils of each of the main houses and a card holder that plays the series’ haunting score whenever you press it.

If you’ve never read George R.R. Martin’s A Song of Ice and Fire, the book series upon which the series is based, plenty more Westerosi drama awaits. And just because you’ve seen every episode of the series 10 times doesn’t mean you know which way the books will turn. (The TV show diverged from their narrative a long time ago—and dozens of the characters who have been killed off on your television screen are still alive and well in the books.) Plus, as Martin has yet to complete the series, you may just catch up in time for the newest book.

Channel your inner Maggy the Frog and see what the future holds for you and your loved ones (your enemies, too, if the mood strikes you) with Chronicle Books’s gorgeously packaged tarot card deck. The tarot tradition and Game of Thrones mythology blend seamlessly together in this box of goodies, which includes an instruction book and illustrated cards featuring your favorite characters and most beloved scenes from the show.

Channel your inner Arya by psyching yourself up with the iconic Game of Thrones theme song whenever you feel the need to hear it with this hand-cranked music box.

By now, you've surely learned at least a handful of common Dothraki words and phrases. But if you wan to become fluent in the (fictional) language, this language course is one way to do it. Now: Finne zhavvorsa anni?

After devoting more than eight years of your life to seeing Game of Thrones all the way through, maybe it’s you who deserves the Iron Throne. You can’t sit on this 7.5-inch replica, the base of which features sigils from all the noble houses, but you can show off your fancy George R.R. Martin book collection … or all that dragon fan fiction you’ve been working on.

Upbuzzly has affiliate relationships with certain retailers and may receive a small percentage of any sale. But we choose all products independently and only get commission on items you buy and don't return, so we're only happy if you're happy. Thanks for helping us pay the bills!